Why China’s Footprint in Africa Worries the US (CNN)

You are here: Home / Uncategorized / Why China’s Footprint in Africa Worries the US (CNN)
28 Mar18:28pm 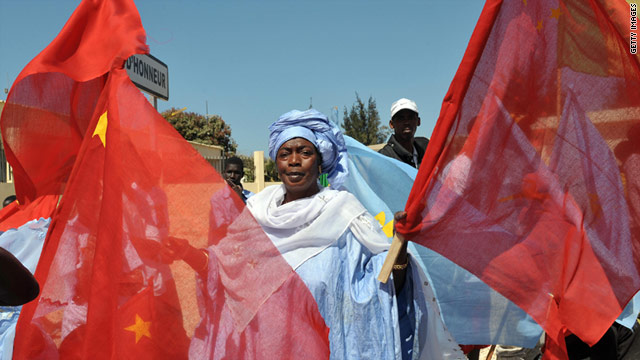 In 2013, Chinese President Xi Jinping launched China’s One Belt, One Road strategy, which centers on pumping hundreds of billions of dollars into ports, rail lines and other projects across Asia, Europe and Africa.

The costs of the program are astronomical, but China hopes it will spur demand for Chinese goods overseas and expand China’s influence in global affairs.

Critics, however, maintain the program has saddled developing countries with crippling debts and increased their dependence on China.

In a recent study, the Center for Global Development identified eight countries as particularly vulnerable to debt under One Belt, One Road, including Djibouti — a country in the Horn of Africa that Tillerson visited Friday and where China is building its first permanent overseas military base.

The report notes that Djibouti’s public external debt in the last two years has increased from 50 to 85 percent of its gross domestic product, according to recent data from the International Monetary Fund, and much of that comes from China.