What the US National Security Strategy Says About Global Development

You are here: Home / Uncategorized / What the US National Security Strategy Says About Global Development
05 Jan02:34am 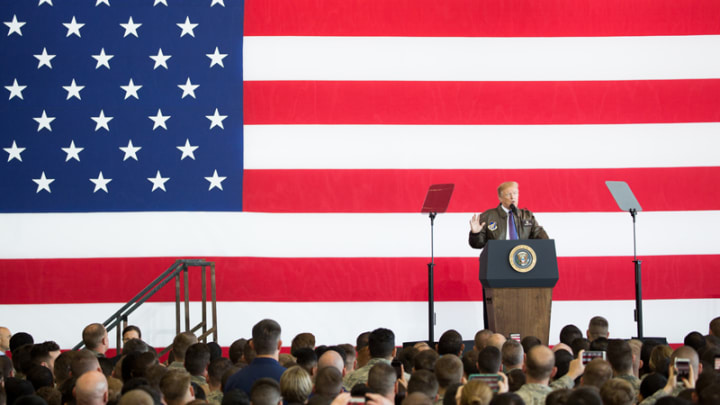 The strategy puts in writing what U.S. Agency for International Development Administrator Mark Green has been saying in speeches since he took the position: That “the purpose of U.S. foreign assistance should be to end the need for it,” that U.S. foreign assistance will not promote dependency, and that it will prioritize working with countries, or “aspiring partners” as it puts it, that are aligned with U.S. interests.

“U.S. development assistance must support America’s national interests,” the strategy document says. “The United States will promote a development model that partners with countries that want progress, consistent with their culture, based on free market principles, fair and reciprocal trade, private sector activity, and rule of law,” it reads. “We will emphasize reforms that unlock the economic potential of citizens, such as the promotion of formal property rights, entrepreneurial reforms, and infrastructure improvements — projects that help people earn their livelihood and have the added benefit of helping U.S. businesses.”

The policy states that the U.S. expects other nations to share responsibility, but says that it will remain “a generous nation.”

Here’s a look at what the new strategy says about some key development issues.

A focus on the private sector and economic growth

The U.S. can play a “catalytic role in promoting private sector-led economic growth,” to create future partners in trade and security.

The strategy points to the Marshall Plan and U.S. support in South Korea and Japan as examples of where U.S. aid effectively helped countries build their economies and become key markets for U.S. goods and strategic allies, and suggests using that as a model for effective foreign assistance.

“Some of the greatest triumphs of American statecraft resulted from helping fragile and developing countries become successful societies,” the strategy says.

The U.S. will mobilize public and private resources to maximize returns and outcomes, the policy says, while also reducing the “burden” on government resources.

“American-led investments represent the most sustainable and responsible approach to development and offer a stark contrast to the corrupt, opaque, exploitive, and low-quality deals offered by authoritarian states,” the policy states.

The strategy makes clear that this administration, like the last, sees China as a considerable threat, and that foreign aid will be used in part to counter China’s push for global influence.

“Today, the United States must compete for positive relationships around the world. China and Russia target their investments in the developing world to expand influence and gain competitive advantages against the United States,” the strategy reads. It goes on to say that China is investing billions in infrastructure around the world and that the U.S. “provides an alternative to state-directed investments, which often leave developing countries worse off.”

The policy highlights China’s role in Africa, where it has expanded its economic and military presence to become the continent’s largest trading partner, according to the strategy.

The U.S. seeks economic ties for market access and to create lasting relationships around common political and security concerns, and would like to see African nations integrated into the world economy, that can provide for their citizens, and manage security threats.

As the administration has already announced, it is committed to modernizing its development finance tools. In this strategy, it says the motivation is “so that U.S. companies have incentives to capitalize on opportunities in developing countries.” Development finance will also be used as a tool to make the U.S. competitive with other countries for global influence, and remove any obstacles for U.S. companies wanting to do business in the developing world.

Ray Washburne, the chief executive officer of the Overseas Private Investment Corporation, the U.S. development finance institution released a statement alongside the strategy saying that it “rightly recognizes the power of mobilizing private capital in advancing our foreign policy and enhancing American influence” and that the agency looks forward to working with others in government to create a stronger, more modern development finance institution.

What’s the future of U.S. aid and development policy under the Trump administration? Read Devex news and analysis.